South Korea has really got it going on.

After spending the past four decades integrating with the high-tech industry on a global scale, it succeeded in becoming a major player. Currently the world’s 12th largest economy, it has joined “the trillion dollar club of world economies”, according to Forbes.com.

South Korea’s capital, Seoul, is one of the most visited cities in the world. Downtown is a hodge podge of working stiffs, captains of industry, hipsters on their smartphones at cafes (ironically, of course), and some of the wildest, most creative fashion trends in clubs throughout the city.

With the Seoul train just zooming along, who wouldn’t feel like livin’ it up Gangnam-style? 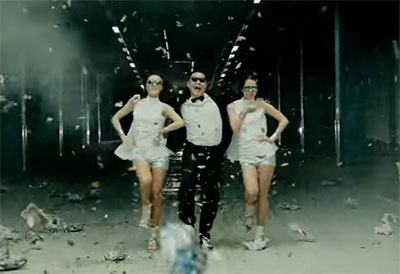 But before you start throwing back shots of soju – the local liquor and focus of this post – there needs to be precautions and proprieties in place prior to partaking (yes, I did have fun saying this out loud five times). These just ensure that, even if you wake up in a pool of your own urine wearing someone else’s underwear, you’ll have a shred of dignity left after last night’s booze binge, knowing you adhered to proper drinking protocols. Well, for the most part, anyway.

Just a few rules. It’ll be painless. Trust me.

One of my girlfriends, Jessica, had recently visited relatives in South Korea and received an education in the local drinking culture from her cousins. Soju, she explained, is a rice-based liquor similar to China’s firewater, baiju, and is cheaper than buying water at grocery stores. As for drinking etiquette, when someone pours soju into your cup, you have to pour some into their cup in return. Be sure to use both hands when serving the drink. Also, the drinking cheer is “Gunbae!”

According to my brother, Mac, who lived in South Korea for a couple of years, when soju is offered by a host who is older or in a more senior corporate position than you, it is very impolite to refuse. You must accept the drink with both hands, then acknowledge the toast and drink the entire shot in one go, but only after they have chugged theirs.

He also says five glasses is the “proper” amount to drink of any Korean hard liquor served (which is usually soju). Three glasses is too little, and seven is too much. This applies to dinner parties, formal events and evenings out with business colleagues. 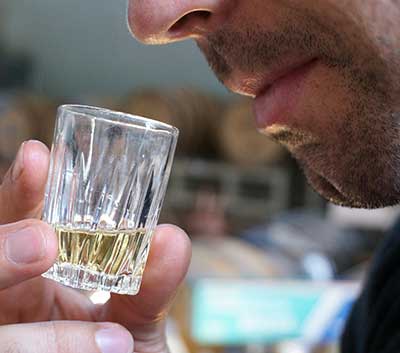 In conclusion, whether it’s with friends or during a hoesik, which is networking or dining with co-workers, drinking is a “social glue” used to really get to know someone. Refusing alcohol not only makes you a buzzkill, but also rude. If you’ve reached your limit, your best strategy would be to accept the soju, then discreetly pour it into a water cup or under the table.

Now that you’ve got these rules down and are ready to join the soju-guzzling party crowd in downtown Seoul, you’ll soon find there are few laws in South Korea against public intoxication. With convenience stores selling cheap hard liquor at all hours, try not to trip over passed-out co-workers on your way to the next bar tonight.