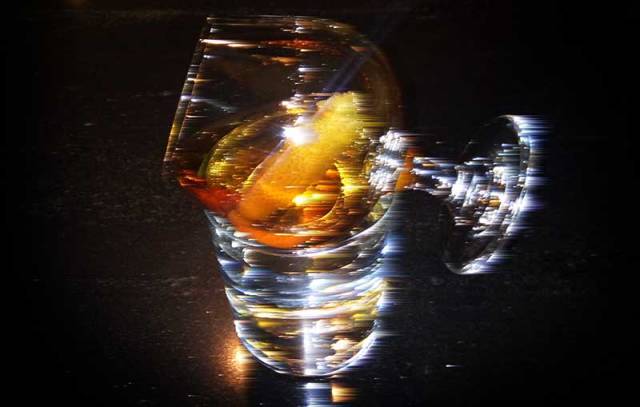 It was a bright summer morning in Victoria. I was sipping coffee in the balcony, and watching planes skim over the water. A text from my brothers said we were meeting later today, after their afternoon of selfies and shopping.

Until then, I decided to go exploring on my own. A five-minute walk later, I was at the Inner Harbour, wandering in and out of alleys along Government Street. I briefly checked out some trendy bars and cheery pubs, making mental notes of which ones I’ll visit later. 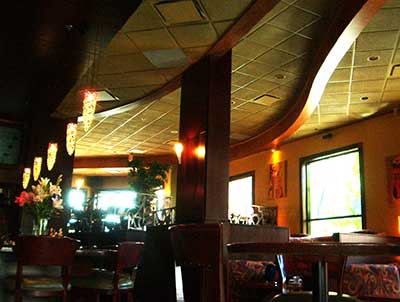 After lunch at Trounce Alley, I ended up chatting with a sous chef from Montreal on his smoke break. He gave me his card and suggested, with his heavy French accent, that we have dinner at his place some evening. “I cook for you, we have some wine and…”, he let the sentence trail off with a nodding smile and a crook of his brow. I kept the card.

Just then. one of my brother s texted me that he was cocktailing at a bar in Chinatown. He invited me to join him if I was nearby, before meeting up and dining with family in a couple of hours. Past the fruit stands and tea house, I found Fan Tan Alley, which looked almost too narrow for two people to walk through, shoulder to shoulder. I took my time exploring the tiny shops, fragrant with burning incense. It was summer, warm and perfect. And I had no intention of rushing anywhere.

I found the bar just a block and a half away. My brother wasn’t seated at the counter, where I expected him to be. I saw through a glass partition that he was sitting at a table, staring at a huge oil painting taking up half the wall directly in front of him.

He was completely absorbed by that gorgeous painting of what appeared to be a sort of … costume party? He could barely look away, even as he spoke or took pictures of it with his phone. More interesting to me was the cocktail my brother was sipping. He called it the Warm Beautiful.

The Beautiful is a delicious, potent and citrusy cocktail made of cognac and Grand Marnier orange liqeur. He preferred it topped with a lemon zest. Having worked part-time as a bartender while in medical school, he knew that cognac’s flavor and aroma deepened when warmed. Cognac lovers would often just cradle the snifter in the palm of their hand, warming the cognac with their body’s heat.

However, my brother wanted something a bit more imaginative. 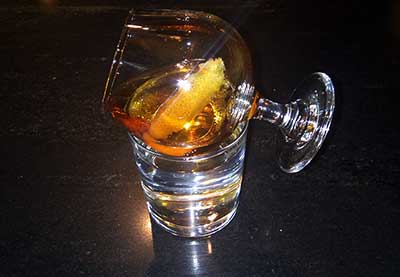 The cocktail was served in a snifter. He then asked for a “heater”, a small glass half-filled with hot water. He placed the snifter on top of the hot water. As he waited for the cognac cocktail to reach the proper temperature, he would rotate the snifter now and again, still gazing in awe at the absurd yet fascinating painting across from us.

Age of the cognacs

According to the Bureau National Interprofessionnel du Cognac (BNIC), there are three official classifications of cognac, depending on how long the cognac had been stored in casks:
VS (very special) – At least two years
VSOP (very superior old pale) – At least four years
XO (extra old) – At least ten years

Other classifications have also been used by producers when the cognac had been stored beyond official age scales, such as Extra and Hors d’age (beyond age), which can be as much as 100 years old.

Cognac connoisseurs have very strong feelings about cognacs being used in cocktails. One forbes.com article mentioned that, whereas it is acceptable to use a young VS or VSOP cognac as part of a cocktail mix, it is considered a tragedy to do so with an exceptional-tasting, wallet-busting XO or older cognac. Those can cost hundreds or thousands of dollars per bottle.

My brother’s Warm Beautiful cocktail was created using Hennessey VS, but a Courvoisier VSOP could have also been used. On the other hand, Remy Martin’s $3,000-a-bottle Louis XVIII, which is very popular in China (along with all the other premium cognacs), is an example of one that should be showcased as a solo act.

All drinking aside (for the moment), younger cognacs should also be used for flambe, marinades, sauces, chocolates and fruit preserves.

And if you’re in the mood to immerse yourself in all things cognac, the French town this liquid luxury was named after hosts the annual La Fete du Cognac , where you can party for three days with cognac cocktails, crowds, cuisine and concerts.

Add both ingredients into a brandy snifter, mix and serve. Optional: Top off with a lemon zest, the way my brother and I like it.